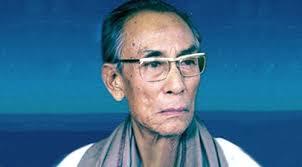 Indian music composer who combined a firm grounding in Indian classical music with a mastery of Bengali and northeastern folk music to produce a body of work that had a lasting impact on the Hindi film industry.

Burman’s father, Nabadwipchandra Dev Burman, played the sitar and was his first music teacher. He was later taught by North Indian classical musicians such as Badal Khan and Bhishmadev Chattopadhyay. Burman was educated at Comilla Victoria College (B.A., 1924) and the University of Calcutta (M.A.), in what is now Kolkata. Although he received a master’s degree in English literature, music was a passion he could not ignore.

Burman’s long and fruitful association with the multifaceted playback singer Kishore Kumar yielded countless musical hits. The songs in films such as Nau do gyarah, Munimji, and Prem Pujari were major triumphs for both composer and singer. Burman made an effortless transition to the modern era of film music with the hugely popular Aradhana, although his first successful experimentation with Western sounds had taken place in the late 1950s, in Chalti ka naam gaadi. The greatest achievement of the last years of his life was his score for Hrishikesh Mukherjee’s Abhimaan, which was closely followed by his music for other Mukherjee films, notably Chupke chupke and Mili.

Among his many honours, Burman received the Sangeet Natak Akademi (National Academy of Music, Dance, and Drama) award in 1958 and the Padma Shri, one of India’s highest civilian awards, in 1969 for his contribution to music. His name also has been attached to a number of music awards from a variety of organizations.