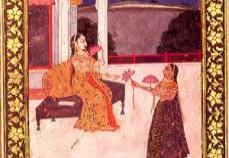 Raga Shuddha Kalyan is a popular, though difficult, raga of the Kalyan parent scale.
The raga is pentatonic in the ascent and heptatonic in the descent. Ascent: SRGPDS' Descent: S'NDPM^GRS The ascent is identical to Bhoop/Bhupali, while the descent is identical to Yaman/Kalyan. This is why the raga is also occasionally referred to as Bhoop Kalyan. Subba Rao (Raga Nidhi, Vol.IV) points out a third interpretation of the raga which omits the Ma/Ni swaras altogether. In such a treatment, distinguishing the resulting music from Bhoop/Bhupali requires great skill.

This version was heard occasionally until the 1960s, and is virtually extinct now. The raga permits phrases to culminate only on Sa, Re, Ga, and Pa. None of the other swaras are permitted the status of “nyasa swaras” [resting points] for phrasing.

The primary melodic region of this raga is the region between the lower-octave Pa and the middle-octave Pa. This also happens to be the primary melodic region of Bhoop/Bhupali. Hence the exposure of Shuddha Kalyan to the risk of confusion with Bhoop. Raga Shuddha Kalyan avoids the confusion with Bhoop/Bhupali by its phrases P.D.P.S and S N. R, which rule out Bhoop/ Bhupali categorically.

Evidence of recordings by three generations of sitar/sarod players suggests that the ergonomic and acoustic aspects of music making have encouraged a steady drift towards a bolder expression of the raga’s heptatonic character and, by implication, a dilution of the near-pentatonic aural experience. Instrumentalists alter the raga form with the same motivation.

Their alterations are merely more obvious than those of vocalists because of the perceptible mechanics of sound activation and melodic execution. And, to the extent that instruments increasingly dominate society’s experience of Hindustani music, their melodic-acoustic features reflect contemporary aesthetic values, while also altering our melodic experience of ragas and, indeed, our notions of raga-ness.

If such an event comes to pass, nobody needs lose sleep over it because it will not happen either for the first time, or the last.

The Hindustani tradition is robust enough to accommodate different notions of a “raga as currently understood” for vocal music, and for as many categories of instruments as are in vogue.
---------