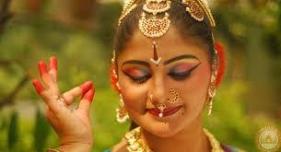 That Name:-
Purvee (some will say Shree That)

Raga Information:
Shree (another name of “Laksmi”) is one of the original six “janak-ragas.” The janak ragas represent the six seasons of the year. This raga represents the winter season. If one takes special note of theprahar, one will know that around this time frame, the sun sets earlier than before, thus creating a twilight feel.

Usually, the Purvee That ragas of this prahar are performed toward the latter half. This one, however, is performed earlier in the prahar, to depict the sunset that is impending. As far as raga structure is concerned, this raga is not like the Purvee ragas, where Ni has great importance.

This raga is similar to Raga Lalit, where Sa starts the raga off. Some Vaisnava musicians accept the Bhatkhande thats, with an additional Shree That.

This raga probably has the biggest mind, or glissando, from komal re and Pa.