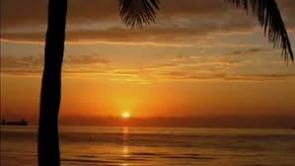 Jog is an immensely popular and versatile post-sunset raga in contemporary music. According to Manikbuwa Thakurdas, [Raga Darshan, Vol II, 1st Edition, Krishna Bros. Ajmer, 1988], two variants of the raga are in circulation. The variant with an affinity to raga Dhani utilizes only the komal [flat] Ni, while the variant with a Tilang affinity utilizes both, the komal as well as the shuddha [natural] Ni swaras.

The latter version was performed commonly well into the 1960s by even the leading musicians of the pre-independence generation. The problem with the Tilang-biased [twin-Ga and twin-Ni usage] was that the Tilang facet tended to dominate the aesthetic experience, and the resultant raga found it difficult to establish its distinctive melodic personality. In later years, therefore, the preference has stabilized around the Dhani-biased variant with only a single [komal] Ni and twin-Ga usage. This is the raga currently recognized as Jog.

The raga belongs to the Khamaj parent scale of Hindustani music, and is hyper-pentatonic, omitting Re and Dh swaras in the ascent as well as descent. It deploys both Ga swaras -- the shuddha [natural] Ga in the ascent, and the komal [flat] Ga in the descent. Ascent: S G M P n S’ Descent: S’ n P M g S According to Subbarao [Subbarao, B. Raga Nidhi, Vol. II, 4th Edition, 1996, Music Academy, Madras], the Vadi and Samvadi swaras [primary and secondary dominants] of the raga are [shuddha] Ga and the higher-octave Sa respectively.

According to Manikbuwa Thakurdas, the Vadi-Samvadi are Pa and Sa.

In contemporary practice, however, the treatment of the raga suggests [shuddha] Ga as the vadi and base-Sa as the samvadi.

However, after the release of a Jog recording of the influential vocalist, Ustad Ameer Khan , Ma has also gained considerable significance in the raga, though not sufficient to replace Ga as the vadi.