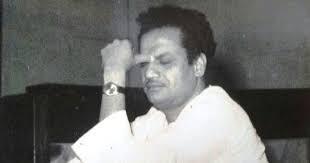 Datta Naik alias N. Datta was born in Aroba, a small village in Goa. At the age of 12, he ran away from his family and came to Mumbai. There he learnt classical music and later worked as an assistant to Ghulam Haider.

He was a close friend of Chandrakant Bhosle who was playing rhythm with Shankar Jaikishan's orchestra. He also used to participate in street music programs, where Sachin Dev Burman spotted his talent.

The maestro employed him as his assistant and while working there, N. Datta also developed a notable career as an independent composer. His compositions showed a fine sense of melody and orchestration.

His close association with lyricist Sahir Ludhianvi who was also his close friend ensured that his songs were always blessed by meaningful poetic lyrics. N. Datta also worked very closely with noted lyricists Majrooh Sultanpuri, Jan Nisar Akhtar and others.

Datta assisted Dada Burman in a number of films. Datta was very impressed with the revolutionary songs of lyricist Sahir Ludhiyanvi. When Datta got his first chance to compose independently for Raj Khosla's Milaap (1955), he insisted for Sahir as the lyricist. The result was some very beautifully songs like 'Ye Baharon Ka Sama..' (Hemant,Lata), 'Jaate Ho To Jaao Par Jaoge Kahan..' (Geeta), etc.