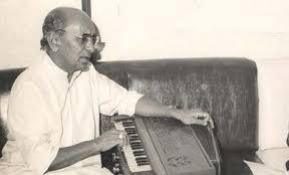 He is the only music director in the Indian film industry (apart from A.R. Rahman and Ilayaraja) to have won the National Film Award for Best Music Direction, three times, Reshma Aur Shera (1972), Gaman (1979) and Ankahee (1985)

Jaidev was born in Nairobi and brought up in Ludhiana, India. In 1933, when he was 15 years old, he ran away to Bombay to become a film star. There, he acted in eight films as a child star for the Wadia Film Company. He was initiated into music at a young age in Ludhiana by Prof. Barkat Rai. Later, when he made it Bombay, he learnt music from Krishnarao Jaokar and Janardan Jaokar. Unfortunately, he had to leave his film career abruptly and return to Ludhiana, due to his father’s blindness, which thrust the sole responsibility of his family on his young shoulders. After his father died, Jaidev took the responsibility of looking after his sister, Ved Kumari and later got her married to Sat-Paul Varma.

After that in 1943, he left for Lucknow to study under the tutelage of music maestro Ustad Ali Akbar Khan. Ali Akbar Khan took Jaidev as his music assistant, in 1951, when he composed music for Navketan's 'Aandhiyan' and 'Hum Safar'. From film 'Taxi Driver' on, he became assistant to music composer, S. D. Burman.

His big break as a full-fledged music director came with Chetan Anand's film, Joru Ka Bhai, followed by Chetan Anand's next Anjali, both of these films became very popular.

Though it was with the film Navketan's Hum Dono (1961) that Jaidev true came into the limelight, with classic songs like, "Allah Tero Naam", 'Abhi Na Jao Chhodkar", "Main Zindagi Ka Saath" and "Kabhi khud pe Kabhi Halat pe".
His other big success came with Sunil Dutt star, Mujhe Jeene Do (1963).

Though many of Jaidev's films failed at the box office, many of them, such as Alap, Kinare Kinare and Ankahee, are remembered for his imaginative musical scores.

He had a unique capability to mix traditional and folk music into Bollywood film situations, giving him a unique advantge to other music directors of his times.

He also known for his non-film album of the couplets of Hindi poet Harivansh Rai Bachchan's classic work Madhushala set to music and sung by singer Manna Dey.

He is one of the favourite composers of Lata Mangeshkar besides Salil Chaudhari and Madan Mohan.

Jaidev never married, though he remained close to his sister’s family, who later settled in the United Kingdom.