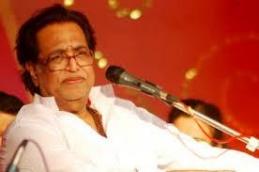 
Hridaynath Mangeshkar is the only son of Deenanath Mangeshkar, who belongs to Gomantak Maratha Samaj. The family's last name used to be Hardikar; Deenanath changed it to Mangeshkar. He is the younger brother of Indian music icons Lata Mangeshkar, Usha Mangeshkar, Mrs. Meena Khadikar and Asha Bhosle. He is married to Bharati Malvankar Mangeshkar, daughter of famous Marathi comedy actor Damuanna Malvankar. They have two sons Aadinath and Vaijnath, and a daughter Radha.

Despite being very selective, Hridayanath Mangeshkar has composed many songs in Marathi and Hindi. He is known for his penchant for selecting beautiful poems for his compositions. His compositions tend to be truly faithful to the emotions in the poems he composes. His songs tend to have complex meters and require singers of range and depth for enjoyable renditions. His composition of Veer Savarkar‘s poem Saagara Pran Talamalala is a case in point.

Hridayanath has also composed some memorable folk songs. Staying true to the spirit, his Koli Geets (fishermen songs) reflect the traditional rhythms of the fishermen of Konkan.

His music to the critically acclaimed movie Jait Re Jait is another example of his prowess in this genre.

One of his most popular works is the composition for the Marathi movie Nivdung.
At one point Hridaynath was a student of Amir Khan; however, he feels that his guru is not as timeless as his sister Lata.

He has been the recipient of several awards throughout his glorious career, such as the prestigious National Award at the hands of the President of India, the Lata Mangeshkar Award of Maharashtra state, and seven Maharashtra State Awards for best vocalist and Music Director/Composer.

He was awarded the title Pandit by the people of Maharashtra at the hands of Pt.Bhimsen Joshi and Pandit Jasraj.

The Shankaracharya has conferred upon him the title BhaavGandharva.

He was awarded Padmashri by Government of India in 2009.

Some of his most memorable Hindi film scores are Lekin..., Maya Memsaab, Lal Salaam, Yash Chopra's Mashaal, Dhanwaan and Chaani, to name a few.