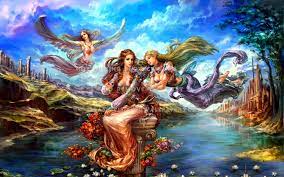 We are breathing as desirous of capital punishment,

How those parched entities roaming on the calm path,

Lost control of the legs, forming form as drunk since eternity.

And the voice is too sharp as the assault since eternity.

Still  we remember the sight of the place of execution,

We brought those souvenirs which were lying since eternity.

The guard of Paradise is asking for the accounts of each moment,

We are also standing there as restless tolerant since eternity.

We do not know why, lying as restless on the dusty path,

While know, we are not the dust lying since eternity.

Puritan always made us frightened, describing the doomsday,

He is unaware, we have faced the day of resurrection since eternity.

In what a skilled manner we have presented the account of murderer,

But we also know that God too have shown partiality since eternity.