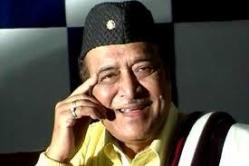 
Achievements in Music and Culture

He was considered the last of the great mass singers and the one of the great indian ballad singer. Involved in the Indian movement from his very childhood, till his death, he wrote and composes masterpieces teeming with social consciousness which are in striking contrast to his famous love songs.
Besides being associated with films, Bhupen Hazarika has won the hearts of the entire Indian people through his discs through which he has rendered some of his finest compositions. For Bhupen Hazarika music has always been his first love.
He met Paul Robson with whom he became closely associated between 1949 and 1955 in USA. It was during this period he was awarded a Gold Medallion in New York as the best interpreter of India.s folk songs by Eleanor Roosevelt. Bhupen Hazarika sings in numerous languages but writes his lyrics and poems in his home language, Assamese.
Bhupen Hazarika has rightly been hailed as India.s Cultural Ambassador abroad for placing the folk music of Eastern India on the map of world folk music.
He has travelled widely as a Delegate to Conferences on Mass Communication, Poetry, Music, Performing Arts and Cinema from the Belgium Congo to Samarkand, from the Mississipi to Danube, to Europe, Canada, South-East Asia, Japan, USA, UK and Australia.
He represented India in Berlin at the World Conference of Composers who used songs as an instrument in social change. He was given the honour of inaugurating the World Seminar in Congress Hall with his own songs on the liberation of Bangladesh.
Bhupen Hazarika.s popularity was so tremendous as a performing artist that for the last 50 years he has been the biggest crowd puller and was honoured for the Golden Jubilee of his singing career in 1991.

Bhupen Hazarika has been conferred the highest honour by making him the president of Sahitya Sabha in 1993. He was one of the leading author / poets of Assam and has to his credit more than one thousand lyrics and more than fifteen major books on short stories, essays, travelogues, poems and children.s rhymes.
He was an extremely popular journalist and editor for the past two decades of the popular monthlies .Amar Pratinidhi. and .Pratidhwani.

The country bestowed its greatest honour on him, the Padamshree in 1977 for his outstanding contribution to the field of culture in India.
In 2001, he was honoured by the Government of India with the Padma Bhushan, one of the highest civilian award, and he was given the Lata Mangeshkar Award for his overall contribution in music by the Madhya Pradesh Government.
In November 2001, he was honoured with the Doctor of Philosophy (Honoris Causa) from the Tezpur University.
In 2003, Dr. Bhupen Hazarika has been appointed the member of the Prasar Bharati Board, Ministry of Information & Broadcasting, Government of India. Bhupen Hazarika was one of the few forces in India who was a true exponent of National Integration, expressed wonderfully through a variety of media.